OUJÉ-­BOUGOUMOU, April 10, 2013 – The Cree Native Arts & Crafts Association (CNACA) is proud to announce the winners of the CNACA Achievement Awards 2013. This event took place in Val-d’Or, QC on March 16, 2013. The CNACA Achievement Awards honours Cree Traditional and Contemporary talent. The awards are given to the individuals that through their work, they have demonstrated their dedication and commitment to preserve traditional and contemporary art in Eeyou Istchee. 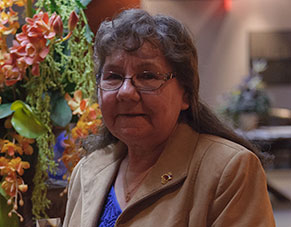 Born in Jack River near Eastmain, Daisy was raised by her grandparents. Since 1978, Daisy has dedicated a lot of time ensuring our Cree culture and language is kept strong today. Although retired in 2007, Daisy still takes time to do Cree translations. She even provides Cree singing training. For Daisy, our Cree language is very important to pass on to young people, but sewing is just as important to Daisy. Daisy first learned to sew when she got married in 1958 at the age of 16. Having only learned how to speak in Cree growing up, that same year, she also learned to read and write in Cree. After marrying, Daisy mostly lived on the land with her husband. It was there, under the guidance of Kitty Moar and others; Daisy began to learn to sew. After decades of practice, it is now Daisy who teachers others to sew. After a CNACA sewing course, Daisy’s students did not wish for the course to end, they wanted to keep learning from her. Daisy hopes what she passes on, with her sewing, will be passed on in generations to come, and it is
because of this hope and her ongoing dedication, she is presented with this award tonight. 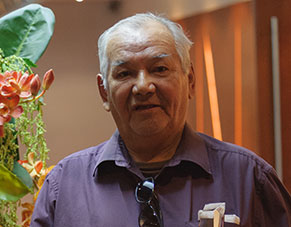 Born in Nooskan, at the mouth of Broadback river out on Rupert Bay, Sanders Weistche grew up to excel in the art of snowshoe making. At age 14, he began to try, to learn because he saw the challenge to create something unique, and the opportunity as there was a lot of demand.

He saw many needed snowshoes to go hunting and trapping. With help and drawing inspiration
from his elder brother Johnny, he excelled in this tradition long before he married.

Today, at 69 years of age, he has learned that to create a good pair of snowshoes, you need to use the right type of wood, and also a little help from someone in shaping the snowshoe. Sanders still practices this tradition during the evenings, and he dreams that someday there will be a center for youth so that elders like himself can teach young people how to make snowshoes, to ensure that this tradition is not lost, and to encourage people to use these tools, because Sanders believes it’s where we came from.

Bertie and Mary-­‐Ann live in Mistissini, QC. They spend most of their time out on the land. Bertie and Mary Ann have both been committed and demonstrated the passing of knowledge from one generation to the other in the Traditional Art. They were featured at the most recent Vancouver Olympics to demonstrate the art of making Snow Shoes and Moose hide sewing. 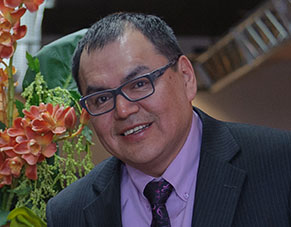 On a cold night in February in 1968, a baby boy was born in Chibougamou. The child was sick and had to be sent to Montreal where he spent months in and out of the hospital. At 18 months, he was placed in the home of late Harry and Laura Whiskeychan in Chapais where he grew to be healthier and stronger. Later they settled in Waskaganish. Unable to have children of their own, Laura and Harry welcomed this little boy with loving arms and came to name him Timmy. Eventually, with the approval of Timmy’s late grandfather, Charlie Mattawashish from Mistissini, Timmy was adopted by his new parents.

As Timmy grew, his parents noticed him to be artistic at an early age. The little boy drew a lot with his beloved Crayola crayons, even until he would fall asleep. Nurtured and encouraged by his parents, Timmy was free to do what he chose. Early on, he was exposed to many different aspects of Cree cultural life, in all manners of arts and crafts well into adulthood. He discovered painting at seventeen, but didn’t pursue it full time until he was in his 20’s. For most of his life, Timmy was self-taught, but at 28, he studied fine arts at Cambrian College in Sudbury, Ontario. For him, it was a time of self-­discovery and learning. Timmy works in all mediums but still prefers to painting in Acrylic, and still maintains his love of drawing.

Today, Timmy is as busy as ever. He has created countless works, produced many murals and numerous logos for companies throughout the Cree Nation. His works of art have been placed in schools, in all the Head Offices of the Grand Councils and haven been commissioned as gifts to important dignitaries. Each project is important to Tim and hopes through his art, he expresses the message, in his words, “to live free and be open minded, because no one holds all the answers and that’s how we learn, listen well, and respect all walks of life”. Each project holds a special place in his heart. For Tim, inspiration comes from the land. It comes from his late father, Harry Whiskeychan, who was a fine craftsman himself. It comes from what’s all around him. Timmy has truly been blessed by this wonderful gift and we are fortunate that Timmy still continues his art today. 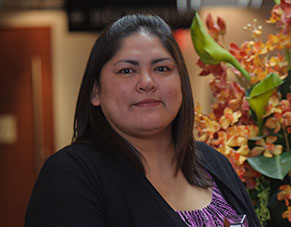 Growing up with music at home, it was pretty obvious Celina Wapachee would find a passion for music as well. Born in Matagami and raised in Nemaska, she found support from her parents, and began singing and writing at the age of 12, and started to sing for the public at 15.

Celina has been singing for most of her life now, and due to the many hours of practice, she has become a well-­‐known singer in the Cree Nation, having released two albums since 2010. And she’s not slowing down, she is planning to record another album in the spring in Nashville.

It is in the studio Celina feels at home, learning from professional musicians, writing songs and growing in her music. Many who have pursued their musical dreams in the Cree Nation have inspired Celina, and now today she has become an inspiration for others. Through her singing, she hopes to express the message to not be afraid to chase your dreams, to not let your dreams go, because they will come to pass if you don’t give up. Celina Wapachee has become an example of her own message. 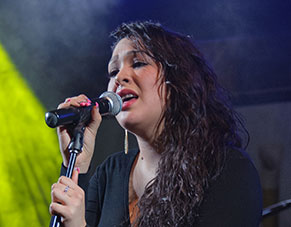 For Mariame Hasni, a passion for music developed early on in childhood. She remembers listening to the radio with her father and they would sing together. Following that passion, she learned by listening to other musicians and the Latin artist Selena significantly inspired as a child. Mariame has been singing all her life but she didn’t start performing publicly until she was 13.

Born and raised in Montreal, her mother is Cree from Chisasibi and her father is Arabic from Algeria. She also has two young children of her own, a boy and a girl. She spends time up north in Chisasibi during the summer and winter.

Mariame sings whenever she can and feels it is a very natural part of her life. As for the future, she hopes to write and produce her own music and be successful in her pursuits. We are eager to see her future grow as well, as she is awarded here this evening. 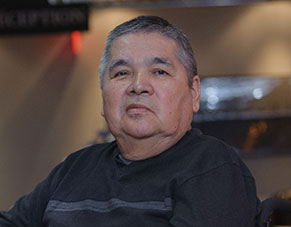 To the general public, Buckley is best known for his acting career. For the Cree Nation, he is known for so much more than that.

In the late 60’s, Buckley acted in a Canadian television series called ‘Adventures in Rainbow Country’. His character called Pete Gawa was one of the first regular First Nations characters to appear in a Canadian television series. He also acted in ‘Cold Journey’ in 1976, and worked as a cinematographer in ‘Amisk’ and ‘Cree Way’ in 1977. Buckley also appeared on stage in the Ecstasy of Rita Joe in Montreal in 1972.

From acting and cinematography, Buckley also played a role in communications. Beginning in 1971, he presented a proposal to the CRTC to encourage Aboriginal broadcasting and Cree Radio Network, now called James Bay Cree Communications society. In 1976, he also proposed to the CRTC to exempt status to radio stations on reserves. All of his proposals were adopted. In 1998, he presented to the Grand Council of the Crees the creation of an alternate telecommunications service, now known today as the Eeyou Communications Network, where he is also a member in the committee.

Buckley now runs his own production company in Mistissini, Nesk productions. For the early inspiration of portraying one of the first Native American characters in a television series, for his work as a cinematographer, for the longtime service in communications, we honor Buckley with this award.

The Cree Native Arts & Crafts Association is very proud of all Cree winners of the CNACA Achievement Awards. Congratulations!

PRESS RELEASE: Update on the Cree Native Arts and Crafts Association Executive Committee and Board of Directors 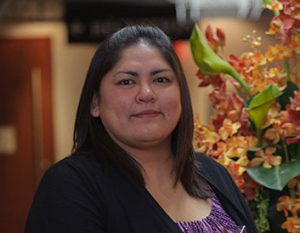 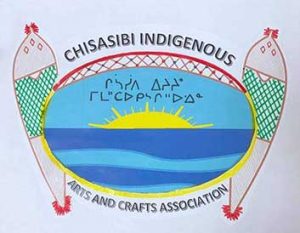 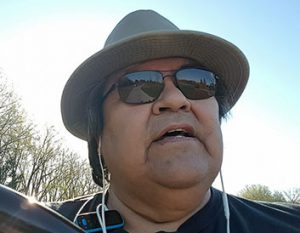 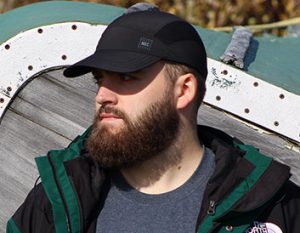